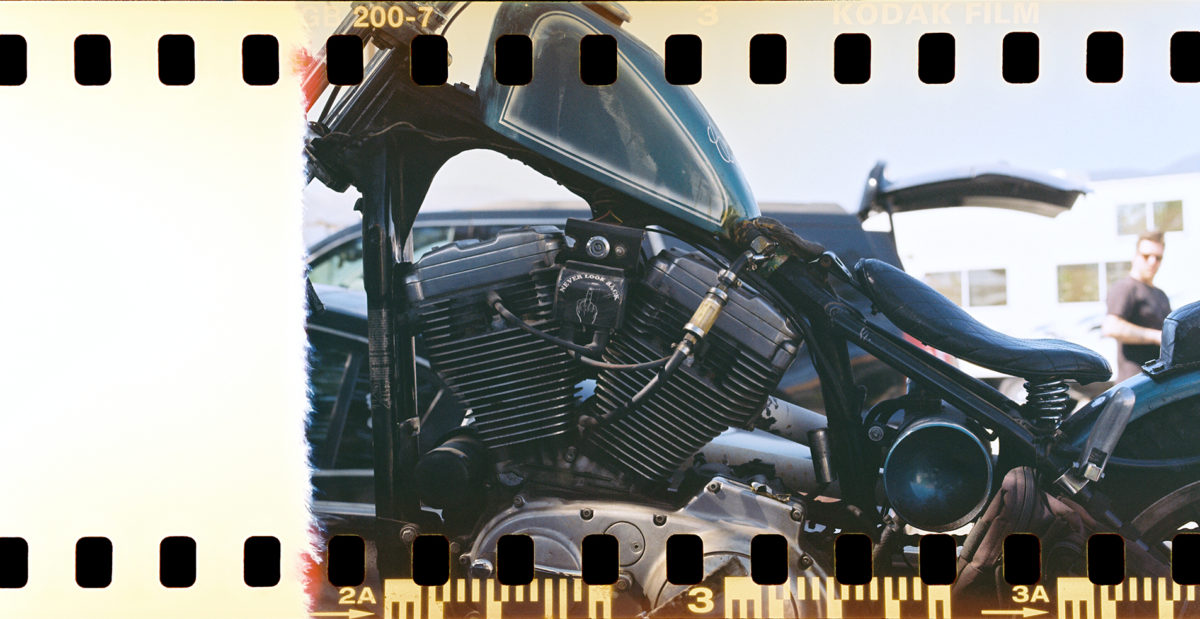 While out in Palm Springs shooting the P&Co Summer ’18 Lookbook we took the time to break out the RZ67, load in some Kodak Gold 200, and snap some Sprocket Shots! As we were in the middle of the desert we were able to really utilize the wide aspect ratio in a way that was both cinematic and unique. It was hot out in the desert, and with the film magic comes unexpected happy accidents. We were traveling a lot over three days and although the film was kept in a cooler, the heat got to it and gave it that nice orange tinge that you see. It also may be due to the fact that it was unloaded under some sheets in the hotel, and some light may have crept in there. In any case, it gave the negatives a warm touch that really reflected the shooting conditions in an awesome way. I’m not sure what happened to the focus in that last photo (where there’s a slice of really sharp truck bed on the left side), so if anyone knows feel free to drop me a line. I’m assuming the film wasn’t stretched tight across the film back, but it was near the end of the roll so who knows how that happened.

Peter and Briana (and Skwiz!) were a joy to work with and made the shoot a breeze. Hopefully we’ll see them again! 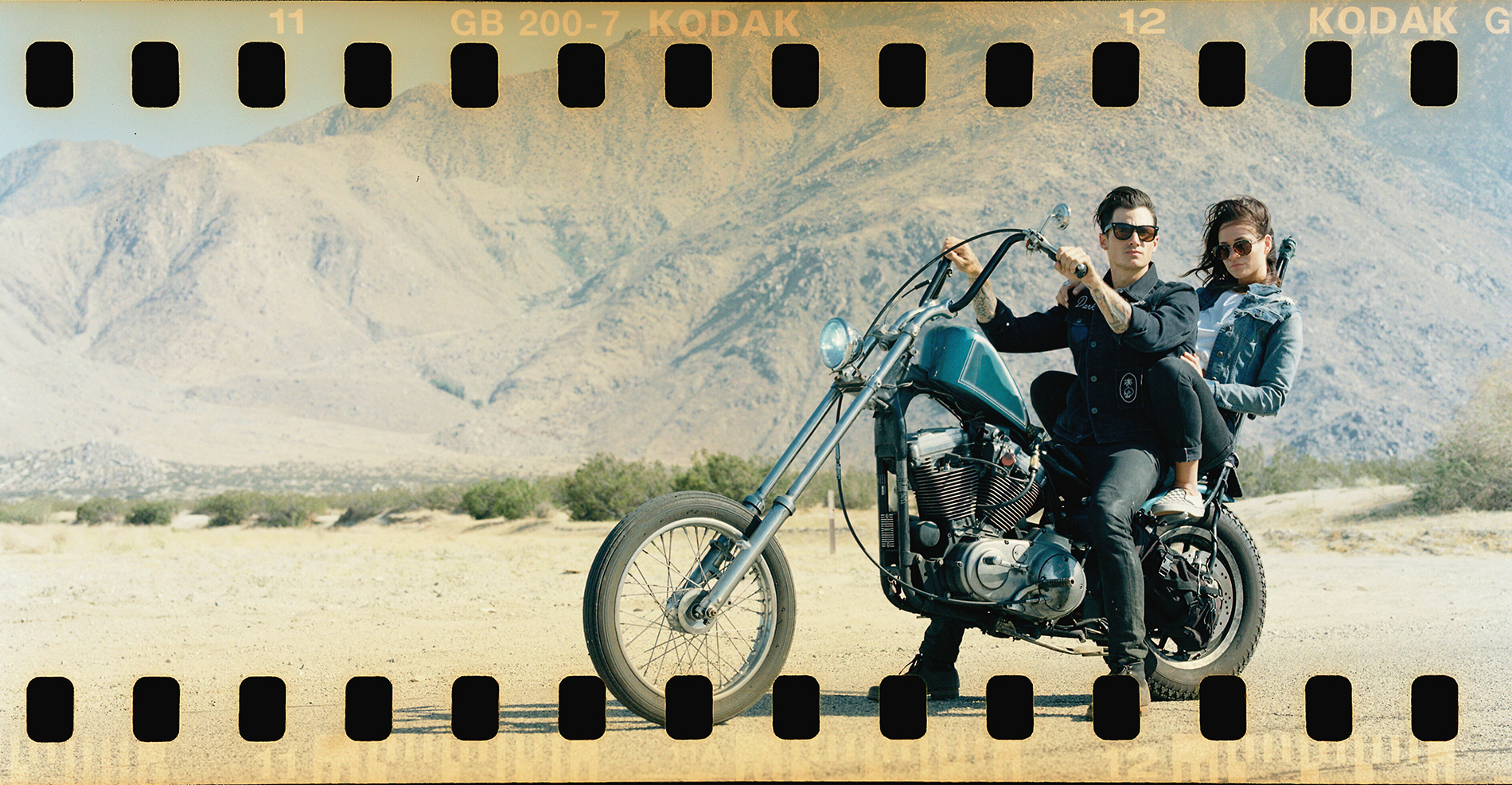 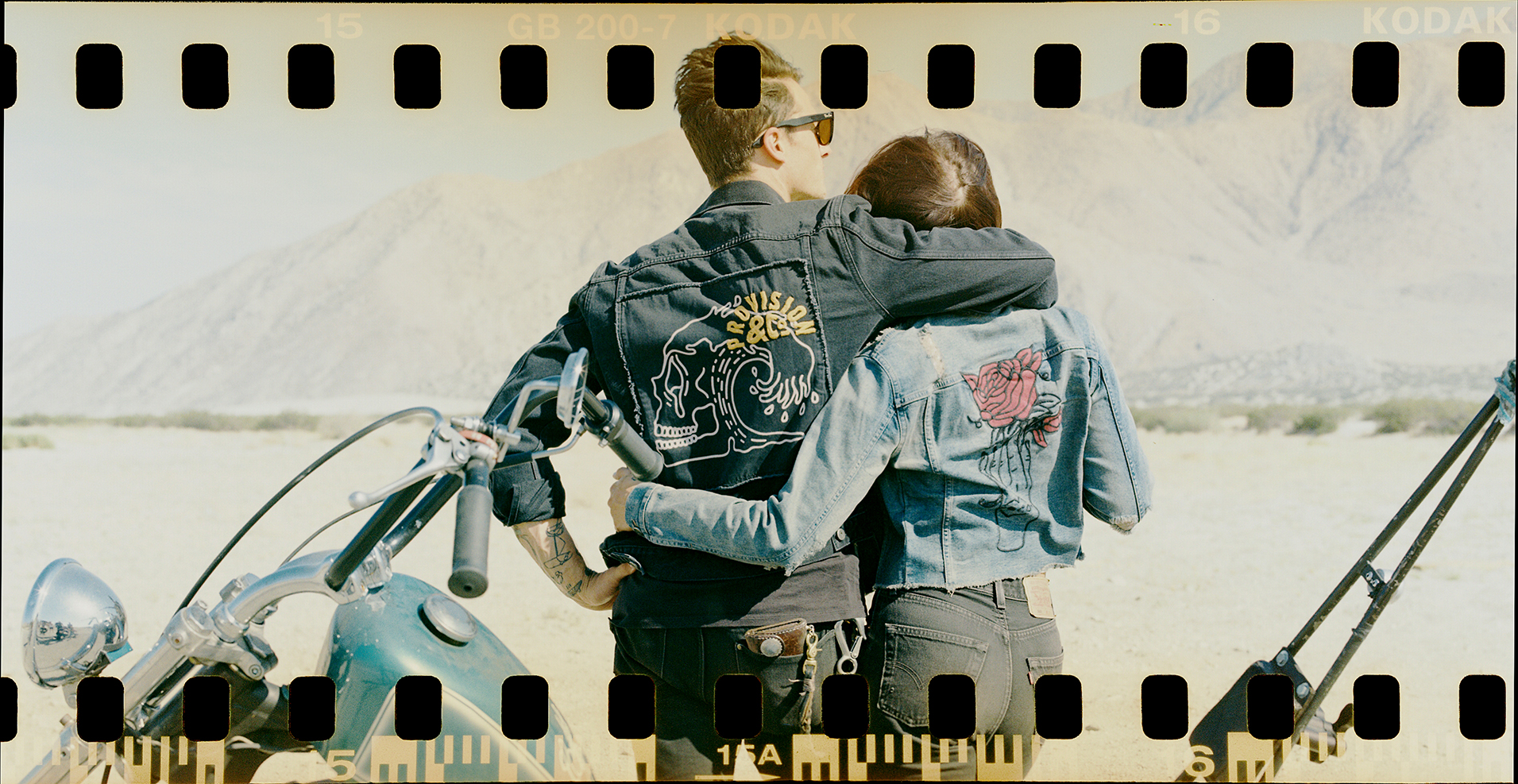 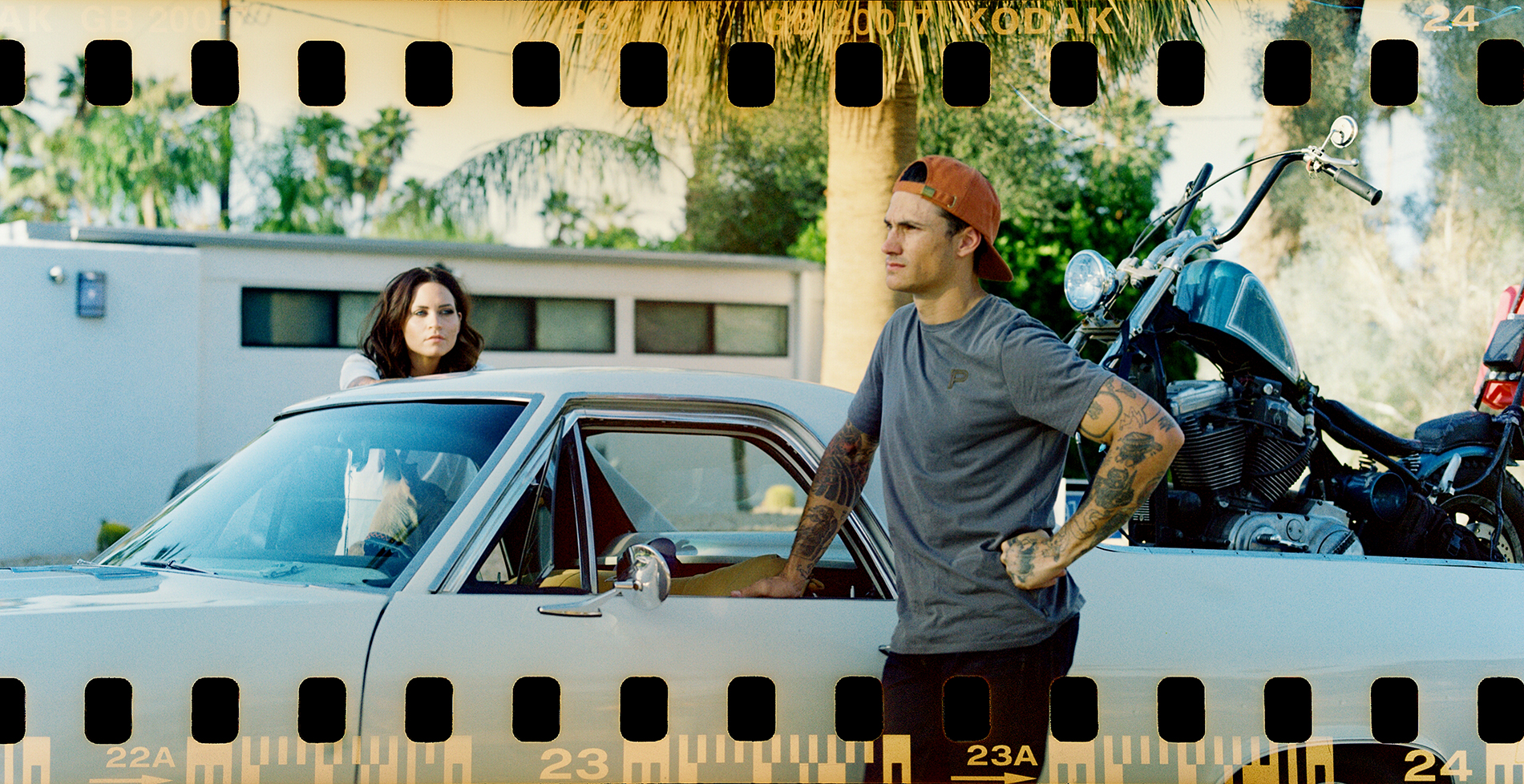 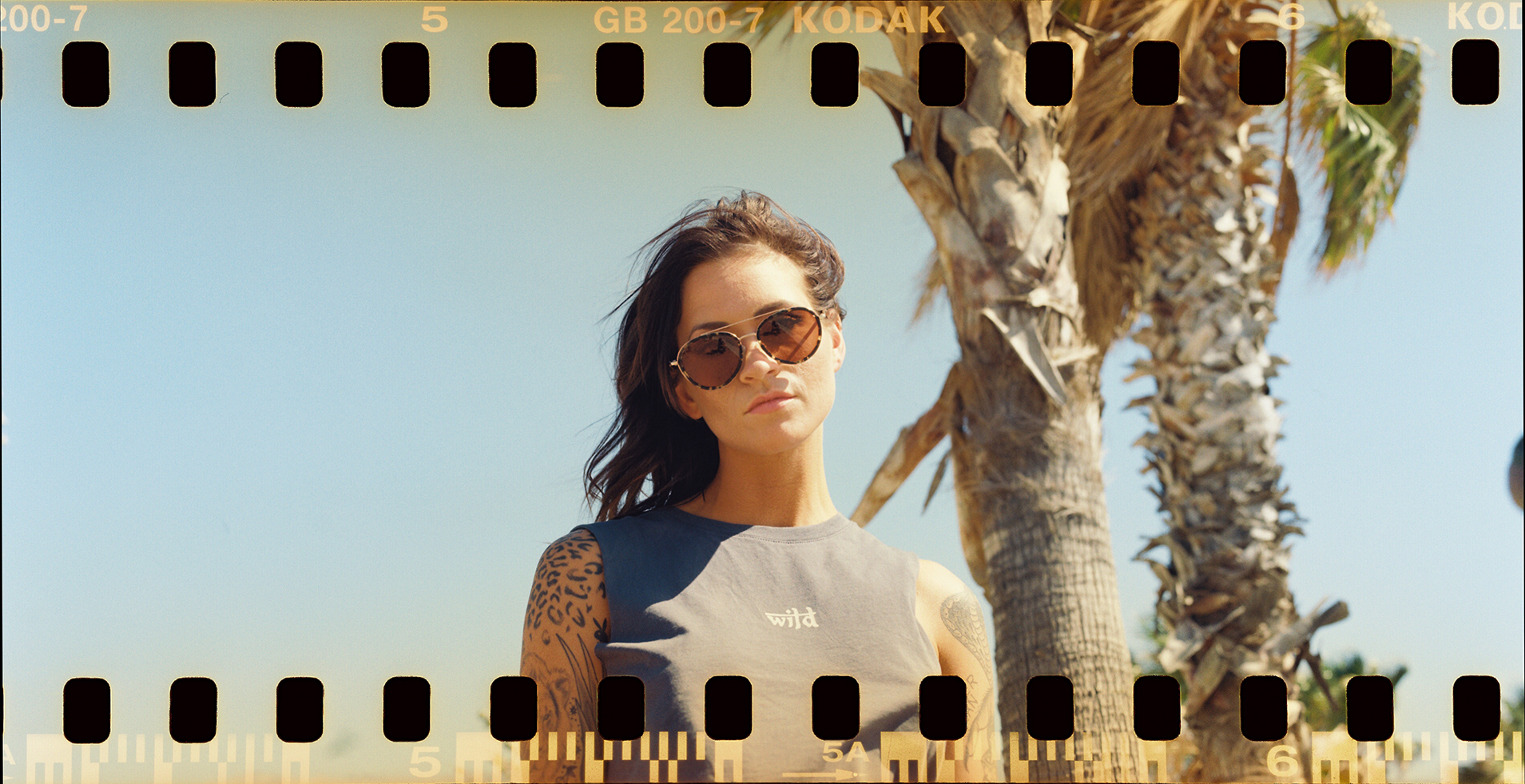 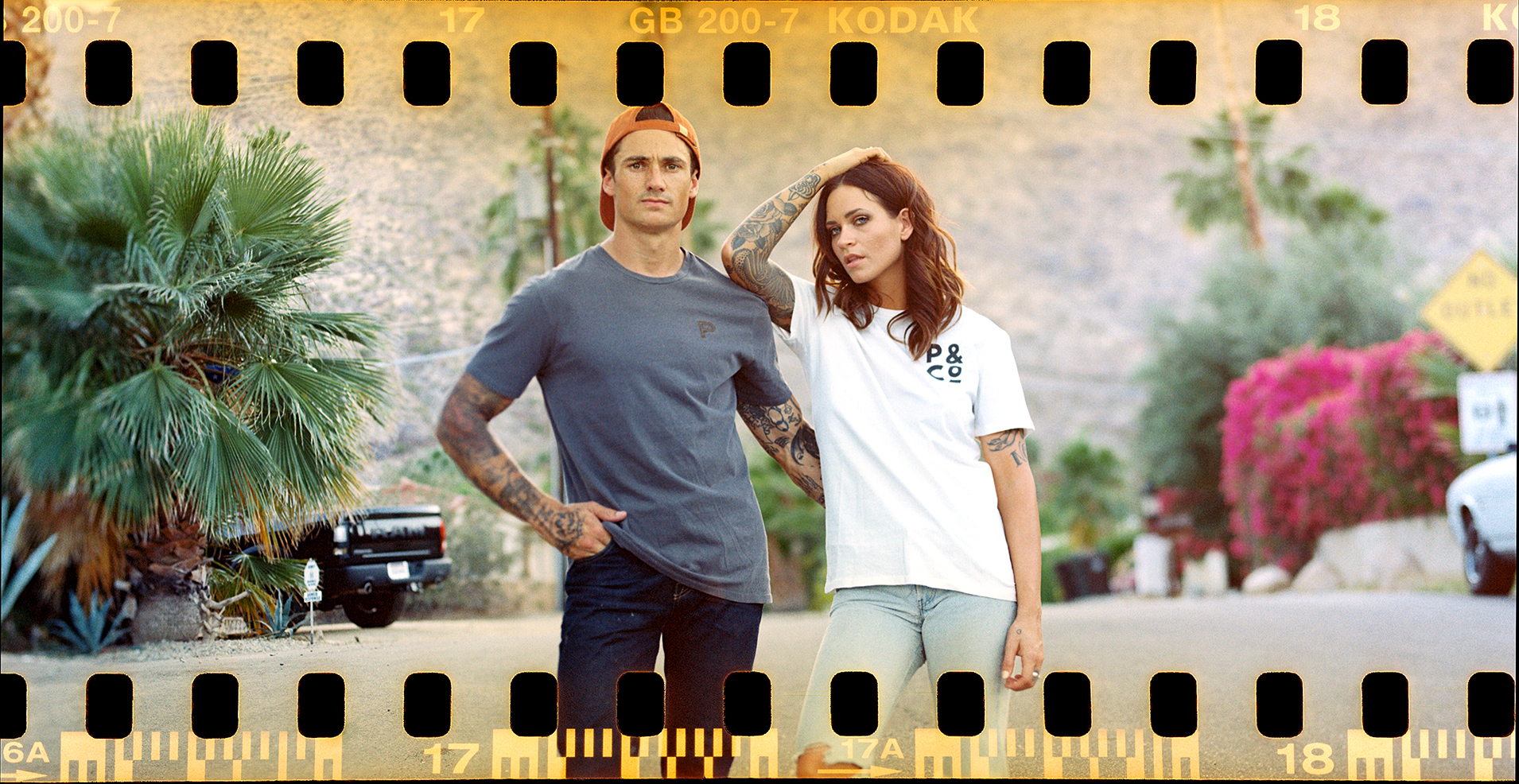